Become one of the 120 regular supporters of Auróra!

In the beginning of March, the local government had Auróra close its bars every day after 10 pm. As a result, Auróra lost a substantial part of its revenue, which is unsustainable in the long run, and will make it impossible for the place to stay open. Auróra is asking for the help of its community. By becoming a regular supporter, you will help: the 12 civil organisations located in the house keep their offices; Auróra host several hundred civil organisations’ events annually; and one of the last free and open spaces in Hungary to persevere despite governmental oppression.

The goal is to get 120 monthly subscribers, who would ensure the survival of Aurora and its civil allies in the long run. 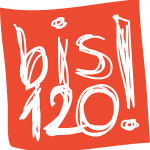 What is happening to Auróra? Is it closed? Will it be closed?

No, Auróra is not closed, the opening hours remain the same. However, the bar has to be closed every day after 10 pm, meaning that we are unable to sell anything after that time, even if we have an event in the house. This is unsustainable in the long run, therefore, Auróra will only be able to stay open with the help of its community. That is why we are asking you to become a regular supporter.

Why is it problematic that the bar has to close after 10 pm?

35% of the house’s revenue is made through the operation of the bar after 10 pm. We use this to pay the rent of the house, to provide heavily subsidized rent for our civil organisations, and to finance all our free events among other things.

In a nutshell, if we can’t keep the bar open after 10 pm, Aurora won’t survive.

If Auróra ceased to exist, it would mean that one of the most prominent (counter)cultural places and communities in Budapest as well as in Hungary, and one of the last free and open spaces in the country would be lost.

Why do you need to close the bar after 10 pm? Why didn’t you have to close it before?

The local government has been working on inhibiting the survival of Auróra for a long time now. They had the police conduct a drug raid, which forced us to close the bar for months; they made us dissemble our garden due to ‘aesthetic reasons’, and they even tried to buy the house from the owner for reasons beyond our mortal understanding.

So far, none of this has been successful, Aurora is still open to the community.

Their most recent attack is based on a relatively new regulation, which came into effect in 2017, concerning the opening hours of businesses at night located in the 8th district, Józsefváros. As far as we know, this regulation has only been used against Auróra so far. We appealed the decision, however, the municipal court rejected our appeal – the first time we lost a court case concerning Auróra.

Where can I find more in-detail information about the legal aspects of what’s happening?

As we are not lawyers ourselves, we recommend that you click HERE for details from the Hungarian Helsinki Committee, who represented Auróra in court. However, you will first have to learn some Hungarian.

But why are they doing this to Auróra? Don’t they have better things to do?

Auróra is one of the last free and open spaces in Hungary, where social and political issues can be debated, and the government can be criticized freely and openly without any censorship from above. Democratic and human rights are becoming more and more threatened in Hungary, and the authorities’ fight against critical voices has started to affect us too in the last couple of years.

Not long after the court’s decision, the mayor of Józsefváros, who is a member of the governing party, published a press release emphasizing that Auróra is an openly oppositional place, which needs to be shut down by any legal means necessary. In the meantime, the propaganda media published articles about Auróra’s Jewish roots, calling the house George Soros’ Hungarian headquarters, and referring to the organisations located in Auróra as ‘pseudo-civilian’.

Where else can you look for help? Or is there nothing else to do now?

With the help of the Hungarian Helsinki Committee, we will try to get our case heard at the Hungarian Supreme Court. However, even if they accept it, their decision-making process could take years. During this period we would still need to find resources to pay the rent and other expenses. But there is always something one can do! This is exactly why we ask you to become one of our supporters, and help Auróra survive.